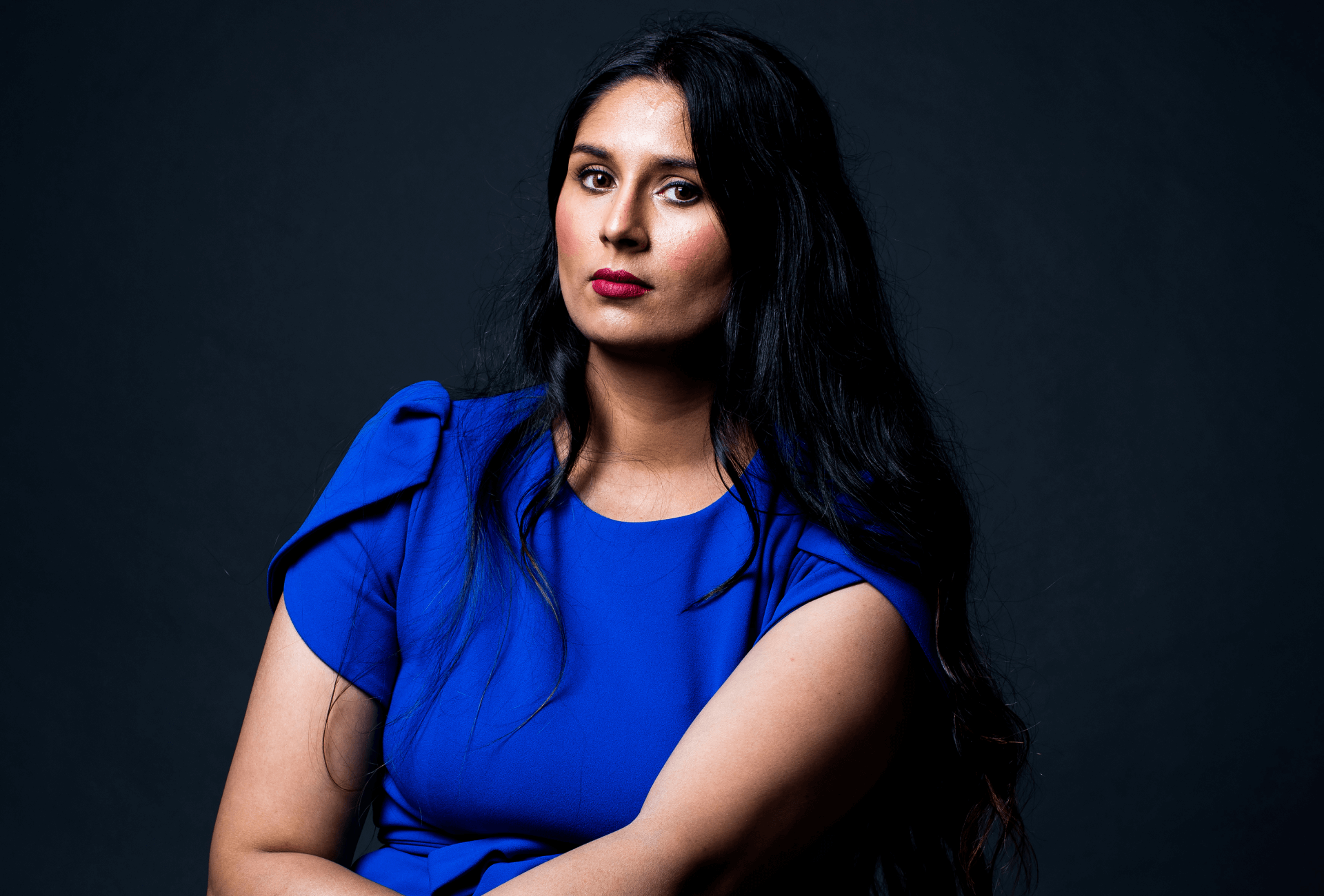 A global leader in healthcare and public health

Syra Madad, D.H.Sc., M.Sc., MCP is a nationally recognized leader in public health and special pathogen preparedness and response. She is currently featured in Netflix's six-part docu-series: Pandemic: How To Prevent An Outbreak.

Pandemic: How To Prevent an Outbreak

"Netflix's new series about global outbreaks is eerily timed, and moved me to tears. The heroes are the scientists, doctors and disaster experts. We follow Dr Syra Madad as she tries to get the New York City hospital system ready for a deadly pandemic, despite budget cuts."

”Set against the backdrop of a rising global death count — which is expected to top 2 million this weekend — and a pandemic that has left the world on edge, the special goes behind the scenes of the race for a vaccine and offers interviews with the world’s leading doctors involved.” 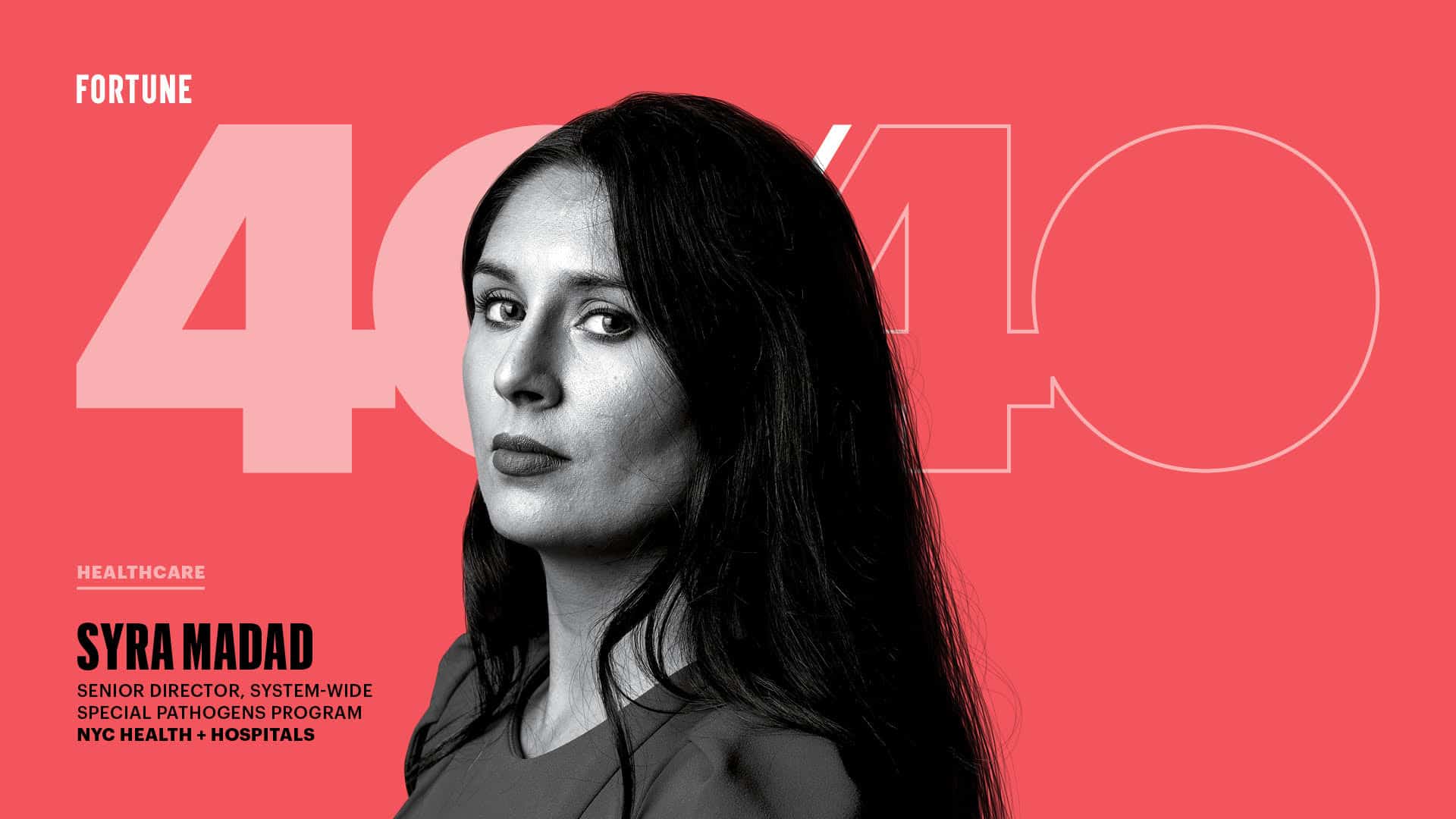 “As senior director of system-wide special pathogens for NYC Health + Hospitals, the nation’s largest public health care system, Madad began tracking the novel coronavirus, now known as the cause of COVID-19, late last year. She describes her life since—preparing for and responding to the arrival of a new, highly infectious disease in the nation’s most densely populated city—as both a sprint and a marathon…Madad, who published a national hospital preparedness playbook for such respiratory disease outbreaks in 2019, is focused on preventing a resurgence of the disease in NYC.”

As a Fellow at the Harvard Kennedy School, Belfer Center for Science and International Affairs,  she publishes and leads a science communication series on infectious disease threats. She  teaches study groups on various public health topics and lectured at the Harvard Kennedy School Technology, National Security and Commerce Executive Education Program on Crossroads of Biosecurity and National Security. Dr. Madad is also the creator and moderator of Belfer Center’s Diversity in STEM and Women in STEM series. She is also an Adjunct Senior Fellow at the Federation of American Scientists, and Alumni Fellow at Johns Hopkins Bloomberg School of Public Health, Center for Health Security’s Emerging Leaders in Biosecurity Program.

Dr. Madad has led/been part of multiple infectious disease responses including Ebola, Zika, Measles, and recently, COVID-19 and monkeypox. She has dozens of  publications, including book chapters and has been a guest speaker at over 70 scientific and medical conferences around the world. Her work focuses on the prevention, preparedness, response, and recovery from infectious disease outbreaks with an emphasis on health care and public health biopreparedness.

Prior to her current role, Dr. Madad served as the Lead Continuity of Operations Liaison and State Trainer for the BioThreat and Chemical Threat Teams at the Texas Department of State Health Services, Emergency Preparedness Branch. In this role, she served on the Ebola and Other Infectious Disease Agent Surge Team and assisted with the Texas state 2014-2015 Ebola outbreak response. In 2015, Dr. Madad was awarded the Ebola Response Team Appreciation Award by the Commissioner of the Texas Department of State Health Services in recognition of her contributions to the state Ebola response effort. Previously, Dr. Madad served as a Researcher for the United States Department of Agriculture working on genetic engineering and plant cloning.

Dr. Madad has a strong background in academia, teaching in graduate, undergraduate and professional programs with courses ranging from advanced microbiology to bioterrorism and biosecurity. Dr. Madad has held various faculty appointments, including Assistant Professor, Deputy Chair and Director of Education for various academic institutions in MD, NY, and TX. She serves on numerous editorial boards, advising committees and councils, including member of the federal advisory committee - The National Science Advisory Board for Biosecurity (NSABB).

Dr. Madad was awarded the prestigious J.V. Irons Award for Scientific Excellence in 2015 by the Texas Department of State Health Services for her significant contributions to the agency and scientific community. She was highlighted as a “Pathogen Preparedness Pioneer” in NYC Health + Hospitals Press Release in 2017 and was awarded “Most Innovative Use of Healthcare Simulation” by The Institute for Medical Simulation and Advanced Learning (IMSAL) in 2019 for her ongoing work in special pathogens preparedness via incognito special pathogen patient simulation drills. In 2020, Dr. Madad was featured in Fortune’s prestigious “40 Under 40” list for most influential in healthcare. In 2021, she was featured in Crain’s Most Notable in Health Care. In 2022, she was awarded a Citation by Nassau County Executives for her significant contribution for the enhancement of the county and commitment to the community during the COVID-19 pandemic.

Dr.  Madad is frequently quoted in, and appears on major news outlets such as The New York Times, Washington Post, Atlantic, CNN, MSNBC, and FOX among others. She is featured in the 2000 Emmy-nominated Netflix docuseries, Pandemic: How to Prevent an Outbreak and the 2021 Discovery Channel documentary, The Vaccine: Conquering COVID.